After years of being touted as healthy, soybeans are now being bashed by many people. That’s because many misunderstandings have been spread about these beans. Thankfully, the following myths about non-GMO soybean options in Hastings, NE are not true. Many of these beliefs either have old science behind them or are completely false and should be discarded. Whatever the case, you can rest easy knowing that your soybeans are perfectly safe.

The phytoestrogens commonly found in your soybeans are very similar to estrogen produced in female and male bodies. As a result, many people believe that these estrogen-like chemicals may disrupt a person’s development. For example, some men may feel that they may feminize as a result of these products. Other women may think that they could cause hormone imbalances that make life hard.

Thankfully, these “facts” are not true at all. Scientists have stated that there is “no conclusive evidence” showing that soy can disrupt a person’s hormone development. Even more conclusively, they say that a person’s sex drive or sexual preferences cannot be affected by soy. These beliefs have no facts behind them and should be discarded.

Furthermore, some studies have found that soy can decrease the adverse effects of hormonal imbalance in many women and men. That’s right: non-GMO soybean products might have a positive impact on hormones. That said, even these improvements won’t change your hormone levels or increase or decrease them. Instead, it helps in balancing your hormones, which is different from affecting their overall production.

Myth Two: Soy is a Carcinogen

Although soy was once considered a superfood by many people, the idea that it causes cancer has caused a large amount of concern. That’s because soy contains a large number of isoflavones and antioxidant polyphenols. These chemicals have a similar molecule structure to estradiol, an estrogen type that can become carcinogenic and impact a woman’s health in many ways.

However, science has made many breakthroughs in recent years that show soy is not responsible for an increase in cancer risk. In fact, soy may have an anti-cancerous capability in many people. They can also help with inflammation and other health issues. A growing consensus among most researchers is that cancer is not a risk when ingesting soy-based products.

In fact, soy also helps to reduce the risk of other types of cancer. These include prostate, colon, colorectal, and endometrial cancer. These benefits are often higher in women than they are in men, but should be there for both genders. So don’t hesitate to try out some non-GM soybeans to get the health benefits that you need to fight away these dangerous cancerous tumors.

This myth about non-GMO soybean products has a fascinating history because it can be traced back to a single case. In a 1960 issue of the New England Journal of Medicine, it was found that a baby on an all-soy diet experienced a goiter. The doctors believed that this diet was partially to blame. As a result, critics have since claimed that soy will cause your thyroid to malfunction and act poorly.

However, the spread of soy consumption throughout the world has not led to an epidemic of goiters. If these two issues were so connected, shouldn’t there have been more instances of this problem? Absolutely. A better understanding of the case mentioned above helps explain what happened here. While soy may inhibit specific thyroid hormone synthesis, it doesn’t affect your thyroid functioning.

A more careful examination of that test study showcases what likely happened – the child did not have an adequate iodine intake. Iodine is far more critical for your thyroid function than any of the hormones or chemicals in soy. Unfortunately, the baby, in this case, didn’t get enough iodine, which, when combined with the adverse affect soy does have on iodine absorption, made this goiter a reality.

Myth Four: Soybeans are Not Healthy

Even though many doctors have suggested soy as a healthy alternative for meat, many people try to argue that soy is not healthy. They claim that it has very little fiber or protein and that it does nothing for your overall health and weight management. These claims are ridiculous and fly in the face of years of research. Eating non-GMO soybean products is healthy for you.

For example, 100 grams of boiled soybeans have just 173 calories made up of 63 percent water. As a result, they are deficient in calories. Just as importantly, they contain a healthy level of protein (16.6 grams), a good source of healthy fats (about nine grams), decent levels of Omega-3 (0.6 grams), and Omega-6 (4.47 grams) within that single serving.

High-quality soy also contains many different vitamins and minerals like molybdenum, vitamin K1, folate, copper, manganese, phosphorus, and thiamine. All of these nutrients make soy one of the most vitamin-dense foods that you can eat. So yes: soy is very healthy for you. Just make sure to be tested for an allergy before you change your diet.

Get the High-Quality Soy That You Need

If you are interested in the best non-GMO soybean products in Hastings, NE, please contact us at Online Seed Sales today. Our professionals have years of experience in their field and know how to help you fully understand your soy prices. Call us now and we can set you up with some great beans and seeds to get you started on your path towards better farming success and a stronger financial future. 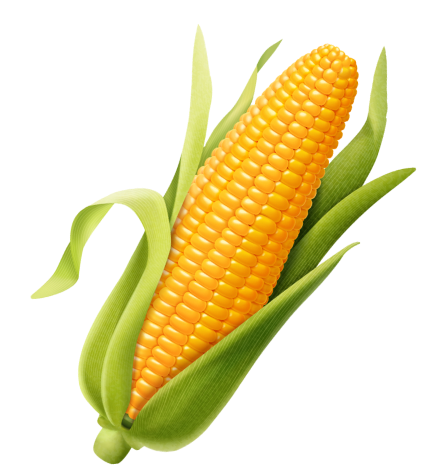